Beyond Cookie Cutter: The Benefits of Full Customization in Your MDU Design Phase 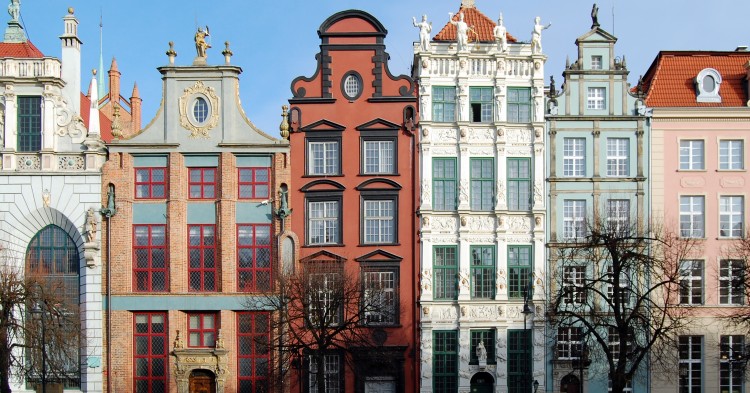 The phrase “one size fits all” can be both a positive and a negative. It’s a positive when you’re shopping for hats for a lot of people, or ordering shirts for an office party. It allows you to avoid mistakes and not hurt people’s feelings. What it doesn’t allow for is individuality. When shopping for your own hat, you want something that fits your head, not just heads in general.

For a long time, a lot of American industries followed the one-size fits all program, and it made sense: a standard design that could be used anywhere, not quite prefabricated homes but not that far off either (not that there is anything wrong with pre-fab homes; they helped a lot of WWII vets settle into peaceful lives). There was even a derisory term for this style of construction: McMansions, where everything looked the same. And while these were never as bad as people tried to make them seem–after all, what’s wrong with affordable luxury?–now people are clamoring for something new and distinct in their properties, especially if they live in an MDU. They don’t want it to be the same as everything else. People are looking for townhouses and other MDUs with character and style–but you need to know how to build them right. Image from wikimedia.org

END_OF_DOCUMENT_TOKEN_TO_BE_REPLACED

Beyond Smoke Detectors: What to Know When Installing Fire Alarm Systems

There are few things people resent more than a fire alarm. If one goes off in an office, everyone groans and immediately starts thinking about everything they’d rather do than listen to the alarm. People would literally rather sit inside and work then get a chance to go outside: that’s how ingrained the dislike and mistrust of fire alarms are. Residents of multi-family and multi-dwelling units tend to be even more annoyed. The instincts that come with danger to your home are more than balanced out by being comfortable or in pajamas or in the middle of Law & Order (yeah, you’ve seen this episode before, but it’s so close to the twist! Dun-Dun!).

So it is tempting to call them a necessary evil, but the reality is they are just a necessity. They are an important part of your MDU and need to have the same attention paid to them by your electrical specialists as they would pay toward any other lighting or HVAC jobs. Taking into consideration local regulations, needs of the building, and proper installation is the best way to keep your residents safe and your building up to code.

You don’t want your dreams, and those of your residents, to go up in smoke. Image from kotv.com

END_OF_DOCUMENT_TOKEN_TO_BE_REPLACED

Serving Those Who Serve: Electrical and Other Concerns for Private Military Housing

It’s an honor to be involved in multi-dwelling unit buildings. Most of human history has been a search for shelter, and it is amazing to think that your construction comfortably houses many families, many of whom will become friends. Their kids go to school together and grow up together. It’s the first home for newlyweds, and a place for people to move to live comfortably after their children move out. There are many kinds of MDUs, and we’re excited to help bring high-quality electricity to all of them.

There are some, however, that provide a little more pride than others. Helping to create comfortable, durable, private military housing is one of the great honors of the construction business. The armed forces and their families deserve everything a thankful and humble nation can give them, and proper housing is a small but meaningful way to thank them for their sacrifices, and make the time spent over here as comfortable as the time spent away is difficult.

There are hundreds of military bases in the US, and around the world, and they all deserve quality housing. Image from nps.gov

END_OF_DOCUMENT_TOKEN_TO_BE_REPLACED

To Key or Not to Key: How Key Card Access at Your MDU Increases Security

It’s nearly Halloween as I write this, so as per autumnal habit, my wife and I have been watching a lot of horror movies (even though one of us is a big scaredy-cat, and yes, that’s me). There’s a scene that plays through nearly every classic slasher or monster movie, and that’s the dreaded Key Fumbling. You know what I mean: the killer is getting closer, thankfully sauntering, and the hero or (more likely) heroine is desperately trying to get into their house or car. Their keys are jiggling, and their death-haunted hands are trembling too much to be of any help. They usually drop them and decide just to keep running–to the safety of the woods or the abandoned ax factory.

In some ways, this trope is as outdated as the “missed connections” sitcom staple–plots that could have been resolved if people had cell phones. The reason is the same: technology. In this case, it is the rise of keyless electronic entry, either with a keycard or a code. Whether to use these or not is a question that has to be answered by anyone retrofitting or constructing a new multi-dwelling unit. Do you want old-fashioned keys or a new electronic keyless entrance system? Which system is better for you and your residents? Here are a few notes to help you decide. 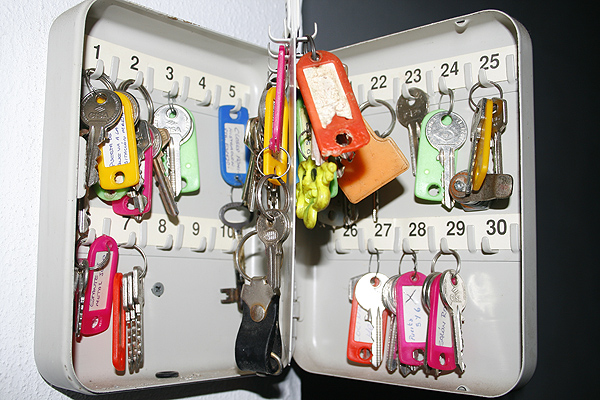 There has to be a better way- and there is, with electronic key card access. Image from Flickr CC User ZaCky

END_OF_DOCUMENT_TOKEN_TO_BE_REPLACED

Of all the categories of cliches, those about preparation might be the most numerous. “An ounce of prevention is worth a pound of cure,” “success depends upon previous preparation,” and, more earthily, the carpenter mantra of “measure twice, cut once.” That’s applicable in nearly everything you do as a contractor or builder, especially when building a multi-dwelling unit. You’re dealing with a multi-million dollar project that could potentially make-or-break your company. There’s a reason “Aw, let’s just wing it” never became a cliche in the contracting trades.

This kind of preparation starts in the design phase. Before the first board is cut, or stone is laid down, the building already exists in the minds of its architects and designers. A smart firm will make sure that it isn’t just a vision–every wire will have been diagrammed, and every light bulb turned on. From plumbing to window placement and type, the building should be fully-rendered. Failure to do so leads to multiplying problems and spiraling costs. Getting an assist from electrical experts during the design phase can help you in significant ways.

Success starts at the blueprint stage. Image from hgi-fire.com

END_OF_DOCUMENT_TOKEN_TO_BE_REPLACED

A Noble Idea: What Can Blue Light LEDs Do For Your MDU? 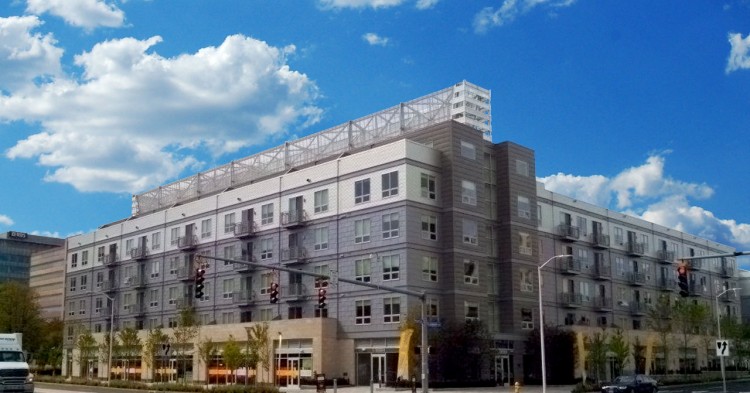 There has always been something majestic about the Nobel Prize. It speaks to the best of mankind, even when it is controversial, and even when it is incomprehensible. The controversies that sometimes swirl around it are actually a testament to its lingering and persuasive importance: we feel like it has to mean something. And, generally, it does.

The Nobel Prize in Literature stirs our imagination by rewarding those who have delivered us our world re-imagined. The Nobel Peace Prize memorializes our ideals, generally recognizing those who see our world and say: this could be better. But of all the awards given by dynamite heirs, the one that thrills the world the most is the Nobel Prize in Physics. The names of winners on their own – Einstein, Bohr, Gell-Mann, Plank, Higgs – are shorthand for brilliance. These are people who see the world and say: there’s more.

This is why this year’s winner, announced Monday, seem almost like a weird letdown. The three winners, Isamu Akasaki, Hiroshi Amano, and Shuji Nakamura, helped to pioneer Blue LED lights, which make energy-efficient lights possible on a wide scale. At first glance, this pales in comparison to the infinitesimal but infinite grandeur of the Higgs-Boson, but it shouldn’t. The Blue LED light has the potential to change our world, to reduce our dependence on energy, and to have far more of an impact on how we live our lives than a God Particle ever could. Not only that, but it offers an avenue for an owner/operator of a multi-dwelling unit to get ahead of the curve and attract new residents, drawn by its amazing power.